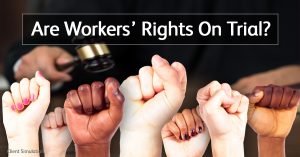 What does this mean for workers? For one thing, it is important to remember that only a miniscule percentage of cases make it to the Supreme Court. And while lower courts are bound by Supreme Court precedent, those courts do interpret those decisions based upon the facts in an individual case. Therefore, workers should not be discouraged. SLG handles all manner of employment cases, including violations related to overtime and other wage issues; equal pay discrimination; discrimination based upon race, age, and disability; and ERISA.

If you believe your rights as a worker have been violated, Shavitz Law Group is here to help. Please contact us at [email protected] or 800-616-4000 to discuss whether you have a case.