What is the Difference Between a Class and Collective Action? 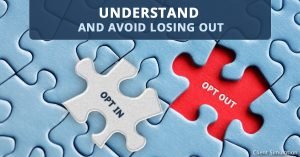 When a plaintiff brings a representative action on behalf of a potential group of similarly situated individuals they most frequently do so as part of a class action lawsuit.  In a class action, such as for unpaid overtime wages, the plaintiff makes allegations that the harm he or she experienced is not unique and that there are many others who also suffered that same harm.  If the court agrees, notice of the class action will then go out to those similarly situated class members (also known as “putative” class members) advising them of the fact that they are in the purported class.  These members are by default included in the class, unless they take an affirmative step to opt out of the class.

Class and collective actions have very different due process concerns and therefore have varying levels of judicial scrutiny.  When a settlement is reached in a class action, all class members who do not affirmatively opt out of the class are bound by the settlement – meaning they waive their right to bring an individual claim for the claims covered by the settlement unless they opt out.  Thus, there is usually a two-step approval process (preliminary approval and final approval) courts require to ensure the settlement is fair and reasonable to class members.