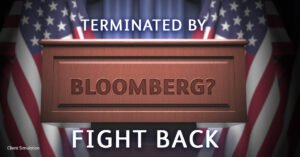 Former Field Organizers for the Bloomberg 2020 campaign have filed a proposed class and collective action lawsuit for terminated Bloomberg organizing staff. The lawsuit includes class action claims of fraudulent inducement and promissory estoppel. In short, Bloomberg’s campaign broke its promises guaranteeing employment and benefits to their staffers through the presidential election in November. In addition to these broken promises and the damages associated with the failure to maintain employment through November, the lawsuit also alleges that Field Organizers are owed overtime compensation under the federal Fair Labor Standards Act (FLSA) and various state wage and hour laws.

Under the FLSA, covered employers are required to pay non-exempt employees overtime compensation if they work more than 40 hours in a given workweek. Whether an employee is exempt from overtime pay depends on the nature of the job duties they perform. Employees — even those who are paid a salary — are entitled to overtime pay if their job duties do not qualify for any exemption under the FLSA. Based on the job duties they performed, the lawsuit alleges that Bloomberg Field Organizers were misclassified as exempt and that the campaign is required to pay them overtime compensation.

We want to make sure these Field Organizers get the chance to stand up and fight for what they have rightfully earned. On April 17, 2020, former Field Organizers filed a motion to have their claims certified as a collective action. Under the FLSA, employees must opt-in order to claim unpaid overtime wages. The motion requests that the court authorize the plaintiffs’ counsel, Shavitz Law Group, P.A. and Outten & Golden LLP, to send out a court-approved notice by mail, email and text message to all Bloomberg Field Organizers throughout the country to inform them of the case and give them an opportunity to submit a Consent to Join Form to join the case. To date, over 100 former Field Organizers have joined the case.

If you are a former Bloomberg Campaign staffer, please contact The Shavitz Group at (800) 616-4000 or visit us at bloomberg2020case.com to learn about your rights.