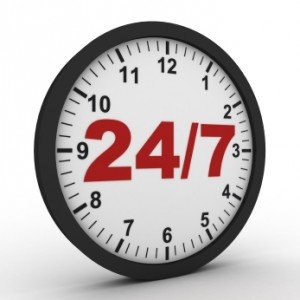 The Fair Labor Standards Act, commonly known as the “FLSA,” requires covered employers to pay their employees time and one-half their regular rate of pay for each and every hour worked over Forty (40) in a work week. For employees whose normal pay is not based upon an “hourly” rate, their regular rate requires calculating all of their compensation into an hourly rate. Certain incentives, such as commissions and non-discretionary bonuses, may also need to be considered when calculating the overtime rate. While most private employers may not substitute “comp time” for overtime wages an employee has earned, and thus should be paid, some government employers are permitted to provide their employees with time off benefits instead of paying overtime wages.

Regardless of whether employees receive their wages through a salary, an hourly rate, a draw, a production rate (a piece rate), or commissions — or even a combination of these or other types of pay – the FLSA requires covered employers to pay overtime wages for each and every hour worked over Forty (40) in a work week.

Examples of common overtime violations are:

However, the FLSA does exempt some categories of employees and businesses from the law’s overtime pay requirements. The Shavitz Law Group, P.A. can help you determine what your rights may be in light of the specific facts at your current job, or at any former job within the past three (3) years, so if you believe were not paid overtime wages for all of the hours you worked, or have other questions about your pay, contact us today.