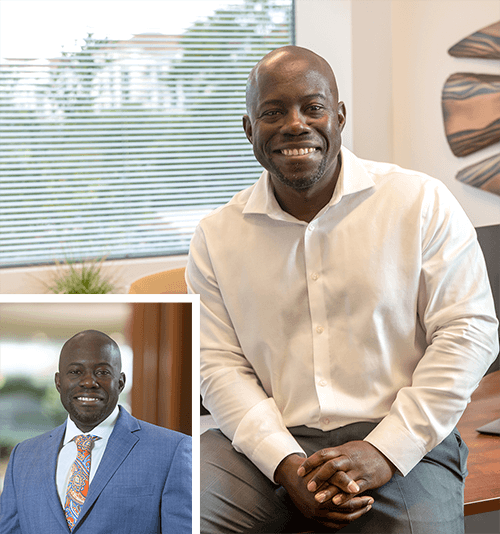 In its last weeks, the Trump administration adopted regulations which would make it easier for workers to be classified as independent contractors.  Those regulations never

Employment Myths: The Contents of Company-Issued Email Accounts are Private

Almost every legal claim has to be asserted within a statute of limitations.  Statutes of limitations are established by state and federal legislatures and set

Read More »
Biography
Practice Areas
Education
Bar & Court Admissions
Memberships, Certifications
Cases, Verdicts & Settlements
Honors and Awards
Other Experience
Biography
Camar R. Jones has extensive experience representing employees who have been the victims of overtime and minimum wage violations, as well as discrimination, harassment, wrongful termination, and retaliation. He has represented employees asserting claims under Title VII of the Civil Rights Act of 1964 (Title VII), the Family and Medical Leave Act (FMLA), age discrimination and retaliation claims under the Age Discrimination in Employment Act (ADEA), the Uniformed Services Employment and Reemployment Rights Act (“USERRA”), and under the state employment laws of various states, including California, Colorado, New York, New Jersey, Pennsylvania and Illinois. Camar fights vigorously for his clients while focusing on efficiently resolving cases to obtain the best results. This has resulted in numerous pre-suit settlements, and cases that have resolved in litigation.  Although efficiency is important, Camar is always willing to take his case to trial. His detailed development of each case, and the ability to create a themed roadmap for a jury has resulted in favorable verdicts in jury trials in both state and federal courts.

“There is no passion to be found in playing small – in settling for a life that is less than the one you are capable of living.” – Nelson Mandela

Before joining Shavitz Law Group, Camar worked with the Fort Lauderdale labor and employment firm, The Amlong Firm, representing plaintiffs in discrimination, unpaid wages and FLSA claims throughout the state of Florida, and with Kopelowitz Ostrow Ferguson Weiselberg & Gilbert, where he represented plaintiffs in discrimination, unpaid wages, FLSA and FMLA claims. Over his 15-year career, Camar has recovered over $100 million in damages for workers against retailers, restaurants, and financial institutions. Camar is a fitness enthusiast, who enjoys CrossFit, running, and yoga. Additionally, he is a fan of various genres of music, from reggae to rock, and frequently attends concerts. He also enjoys visiting different countries to enjoy their food and culture.
Practice Areas
Education

$16,500,000 settlement for a group of restaurant Assistant Managers

$6,000,000 settlement for Assistant Managers at a financial institution

$4,750,000 settlement for a group of retail assistant managers

$4,500,000 settlement for a group of airline service employees

$3,000,000 settlement for a group of wireless Store Managers

Honors and Awards
Other Experience

Camar volunteers his time to various organizations to give back to his home country, Jamaica, particularly providing scholarships for students in need of financial assistance for higher education.