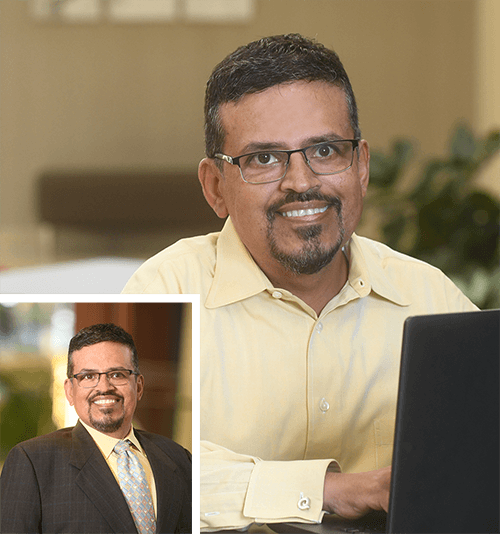 Reimbursement for Expenses May Include Cell Phone, Home Internet Use and Related Home Office Costs

We recently wrote about how employers may not accurately track the hours worked by remote workers, particularly for employees thrust into the “work-from-home” role as

Remote Workers Are Entitled to Overtime Pay, Too

4.7 million workers across the United States worked remotely on a regular basis, even before the coronavirus pandemic.  Many employees are attracted by the flexibility

Alan L. Quiles focuses his practice in the area of employment law, specifically in the recovery of unpaid wages, overtime and minimum wages. Alan has 25 years of legal experience and leads the firm’s Health Care Practice Group. He has represented employees and employers in employment claims in State and Federal Courts since 1997.

“You just can’t beat the person who won’t give up.” — Babe Ruth

Alan, through his volunteer work with Disability Rights Florida and other organizations, is a champion of those with disabilities. Outside of his work and advocacy, Alan loves to try new and “adventurous” cuisine and is an avid poker player.

Habilitation Center for the Handicapped, Board Member 2017-present

$2.9 Million settlement on behalf of nationwide retail department store managers asserting they were misclassified as exempt under the FLSA

$1.875 Million settlement for a nationwide class of retail clothing and accessory store co-managers claiming they were misclassified as exempt under the FLSA and state laws

$16.6 Million settlement with nationwide banking institution on behalf of assistant branch manager claiming to be misclassified as exempt under the FLSA and state laws

$3 Million settlement on behalf of Noodles & Co. assistant general managers asserting they were misclassified as exempt from overtime regulations

$9.5 Million settlement with national restaurant chain on behalf of restaurant assistant managers claiming to be misclassified as exempt from overtime laws

$1.1 Million settlement with on behalf of Tijuana Flats assistant managers asserting they were misclassified as exempt from overtime laws

$1.1 Million settlement on behalf of U.S. Bank co-managers asserting they were misclassified as exempt from overtime laws.