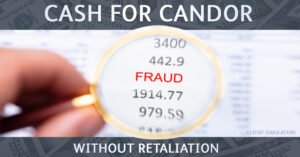 On February 28, 2020, the U.S. Department of Justice (DOJ) announced that Diversicare Health Services Inc., which owns nursing home facilities across the country, agreed to pay $9.5 million to resolve claims that it defrauded the government by submitting false claims to Medicare for services that were not reasonable, necessary or skilled.

Unfortunately, these types of claims are not uncommon, as fraud is prevalent throughout the healthcare industry.  Wrongdoers profit by subjecting patients to treatments and procedures which are unnecessary or which can even injure them. The fraudulent claims are paid by hard-earned taxpayer dollars that fund Medicare which pays the medical providers.

The federal False Claims Act entitles employees who “blow the whistle” on fraud against the government to receive a percentage of funds recovered. In the Diversicare case, two former employees received respective shares of approximately $1.4 million and $145,000.

False Claims Act actions arise in other industries as well, including financial services, mortgage companies, cybersecurity, and educational institutions.  The question for employees to ask themselves is whether the company is fraudulently billing the government for goods or services which are unnecessary, redundant, or not even provided.

Employees who are worried about reporting such fraudulent activities should be aware that the law protects them from retaliation from their employer.

Do you believe you have a False Claims Act report against your employer for fraudulent billing? Contact the Shavitz Law Group at 800-616-4800 today.  We are very interested to discuss and investigate any such wrongdoing.