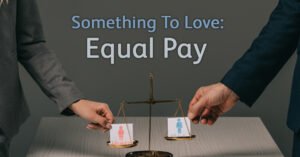 Despite all the progress we’ve made to narrow the wage gap, women in the United States still typically earn only 85% of what their male counterparts earn.  Congress enacted the Equal Pay Act (“EPA”) in the hopes of remedying the situation.  Under the EPA, men and women must be paid equally where their jobs are “substantially equal.”  Importantly, the law applies to all forms of pay, including salary, overtime pay, stock options, profit sharing and bonus plans, life insurance, vacation/holiday pay, expense allowances and other benefits.  But the EPA is only an effective tool if workers come forward and fight for equality.

We at the Shavitz Law Group, P.A. are on the front lines fighting for workers’ rights including the right to equal pay for equal work.  Just recently, our firm, along with co-counsel, filed a collective action lawsuit (which is similar to a class action) on behalf of all female “Operations Managers” who have worked for Love’s Travel Stops & Country Stores, Inc. within the last three years.  The lawsuit alleges that despite performing the same duties, female Operations Managers with more experience and who were made to work longer hours were paid as much as $8,000 less per year than their male counterparts.  You can read more about the case as recently reported by The Charlotte Observer here.

If you too believe your employer is paying you less for doing the same work simply because of your gender, you need to act quickly to preserve your rights.  Be proactive, as the law imposes strict time limits within which you are required to act to collect your unpaid wages.   Contact an attorney and discuss your circumstances, even if you are unable to collect supporting documentation.  If you have any questions regarding your pay, contact Shavitz Law Group at (561) 447-8888 or visit us at www.shavitzlaw.com for a free, no obligation review of your circumstances and consultation regarding your rights.

YOU EARNED IT, NOW GO GET IT.