A Major Victory for California Uber and Lyft Drivers 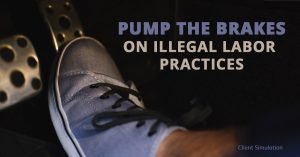 A California state judge has ordered Uber and Lyft to reclassify their workers from independent contractors to employees.  This would require the companies to provide workers with benefits and better working conditions. Uber and Lyft would be responsible for paying drivers minimum wage, overtime compensation, paid rest periods, and reimbursements for the cost of driving for the companies, including personal vehicle mileage. Currently, drivers are classified as independent contractors and receive none of these benefits

Per the judge’s ruling, Uber and Lyft have refused to comply with a California law passed last year that was supposed to make it harder for companies in the state to hire workers as independent contractors. The purpose of the legislation was to give gig economy workers such as drivers the same benefits as employees.

While both Uber and Lyft have indicated they will appeal the decision, the ruling could have significant consequences for gig economy workers if it survives the appeals process. The order could have broad implications not only for ride-hailing but also the tech industry, which relies on gig workers to provide massive labor forces without providing them the traditional benefits of employment.  In addition, while the decision is based upon California law, other states may follow.  Given California’s market share, the ruling will undoubtedly have an impact on the industry nationwide, to ensure consistency in the treatment of ride-hailing drivers, as well as other gig workers.

If you believe you have been misclassified as an independent contractor – whether you are a driver, gig worker, or perform other work – please contact the Shavitz Law Group, P.A. at slg@shavitzlaw.com or 800-616-4000.  to ensure your rights are being protected.